Kevin Pietersen Interview: Assam is Global Leader in Protecting Rhinos Because They Care For Animals

Foreign fighters were meant to leave Libya this week. A huge trench being dug by Russian-backed mercenaries indicates they plan to stay

In 2019, one rhino was killed every ten hours by poachers in Africa. But Former English cricket captain, Kevin Pietersen believes Kaziranga National Park in Assam is the global leader in protecting the rhino. “They are doing the most wonderful job, they are proactive and they care for and understand their animals,” he said in an exclusive interview to News18.com.

Much is being done to save the gentle species, currently on its path to extinction in the next five years, but it is not enough. The former English cricket captain has collaborated with National Geographic for an emotionally charged, hard-hitting documentary – Save This Rhino: India. The docu-series, which will be aired from September 22 (World Rhino Day) focuses on the efforts to save critically endangered rhino species.


For the documentary, Peitersen traveled through the famed Kaziranga National Park in Assam to assess the situation of Rhinos in India. 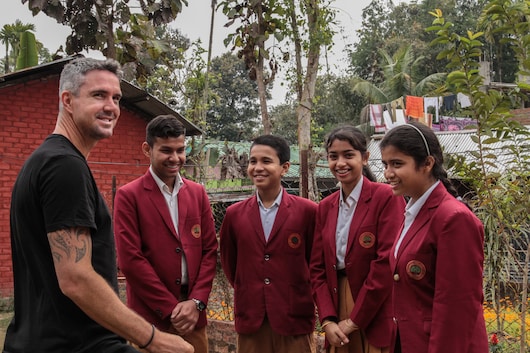 According to data by the International Rhino Foundation, a decade ago, there were barely 20,000 rhinos were alive on earth. While the tireless work of rhino conservationists helped increase the number to 29,000, the number has seen a steady decline in the last few years. Currently, about three rhinos are killed every day, mainly by poachers for their horns, and if this continues, the gentle giants — as they are known in common parlance — could be extinct by 2025.

The Indian Rhino, the largest of the rhino species, is distinguished from others by its single horn. Once found widely in the northern part of the Indian sub-continent, rhinos have now been reduced to a vulnerable group since they are often killed as agricultural pests or by poachers. Most Indian rhinos, as mentioned earlier, are found in the Kaziranga National Park.

Yet, the rhinos there are under threat due to floods every year. Flood in different parts of Assam inundated large swathes of land in the national park this year, killing dozens of animals including endangered rhinos.

Pietersen spoke to News18 on his journey as a rhino activist and conservationist, about his new documentary and what he hopes to achieve through it, and the impact on the global pandemic on conservation of animals.

In the beginning of the 20th century, India had only a few hundred rhinos left. Thanks to conservationists, the number of rhinos have soared past 2,000 today. Yet, they continue to remain vulnerable. Why is the conservation of rhinos so important?

Rhino is a keystone species. For ecosystems to thrive, for them to develop and stay stable, you need to keep keystone species on the planet. When you start messing around with ecosystems, it is absolutely catastrophic because you not only begin to lose the rhino but also begin losing some of the other animals, including insects. That’s why it is important to protect keystone species.

If poaching and such illegal activities continue, how long do you think it will take for rhinos to become extinct?

If you look at India, at the moment, the conservation project that is up in Kaziranga National Park  – they are a global leader in protecting the rhino. They are doing the most wonderful job, they are proactive and they care for and understand their animals. It’s the symbol of Assam.

The only thing that is hurting the animals is the Brahmaputra river which floods every year – that’s a catastrophe for both animals and humans. But as far as saving the animals are concerned, they are doing a fabulous job.

Most of the Indian rhinos are at Kaziranga, which roughly has two-thirds of the population. While they are doing an excellent job, don’t you think it could lead to overcrowding? The main issue with the Kaziranga National Park is the number of highways that go through the park. But there are animal corridors; when the floods happen, the animals use these corridors to get to higher mountains and hills.

Through our documentary, we tell a beautiful story of one of the most gorgeous places in the world and I think India is going to be so proud of what they see in the series. For me to be able to tell that story, I think that’s the greatest gift I could give back to India.

Tell us a little bit about your initiative for rhinos, SORAI.

SORAI stands for Save Our Rhino Africa and India. It’s a brand that I launched a few years ago, a brand that cares about conservation. Over the last eighteen months, we’ve built a wonderful global team and we’re going to relaunch the brand in a few weeks. We donate 20% of our profits to Care for Wild in Africa and in India, we will be donating 20% of our profits to the Centre for Wildlife Studies in Bengaluru. They look at human-wildlife conflict and they’re doing fabulous work. 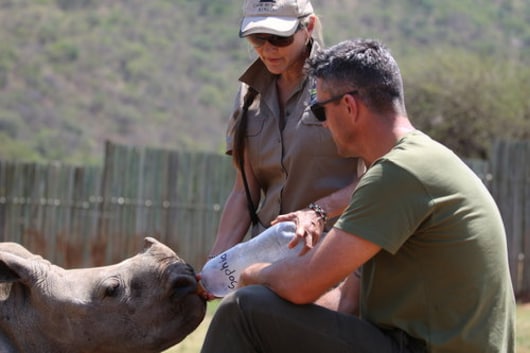 The world is grappling to deal with the coronavirus pandemic now. Most countries have been pushed into a lockdown. Has that affected the work of conservationists?

Yes, it has. Tourism has taken a hit during the pandemic and financially; tourism is one of the main sources of income for conservation. So while this has had a financial impact in the sense that money’s running out for anti-poaching security and maintenance, human activity has also halted. So the poachers aren’t really coming into the country. No one’s being able to travel anywhere. Without travel and without poachers, poaching has come down significantly, especially in South Africa.

So, in a way this has been a good thing but speaking of the global crisis, we need to stop the illegal wildlife trade because that is what got us into the situation in the first place.

Your fellow cricketer, Rohit Sharma, is also an animal conservationist and he’s been part of similar campaigns in the past. Do you guys ever talk about this, or have you thought about collaborating?

Yes, I have spoken to Rohit a lot about this. I actually sent him the documentary yesterday to watch because he had been begging me for it. I had sent him the trailer a few weeks ago and sent the full documentary to him yesterday. Technically, Rohit is going to be the first person to watch it.

Was there any particular incident during your journey as a rhino conservationist that really touched you?

It can get really tiresome constantly asking people to support or donate. People can get really tired for it. But when you do it for a really long time, there are certain moments that make you recommit and the energy to just keep going.

I’ve come across a few dead rhino sightings where the animals have just been killed – the smell is something that will just stick with you, you’ll never ever forget that smell. It is horrendous. So, really, you can get tired of it, but the energy that I get when I come across something like this or hear of a ranger that’s been shot, it gives you the energy to keep going and say, “We’ve got to stop this.”

Previous This Book Will Reveal How The Beatles Came Up With Their Last Original Album ‘Let it Be’
Next Millions of acres are in flames in South America. Here’s why – CNN Video