‘In Solidarity with Anaswara’: Why Keralites Are Posting Photos with the Hashtag #WomenHaveLegs

A few days after Malayali actor Anaswara Rajan was trolled and abused online for wearing shorts, hundreds of women have come out in her support to remind the world of one simple fact – that women have legs.

Rajan had posted a photo on Instagram in which she can be seen wearing shorts. At first glance, there is nothing wrong with the photo, until you move to the comments section – it is filled with vile, vapid comments by people moral policing Rajan for showing skin. Some went to the extent of asking why Rajan was “taking clothes off” at such a young age.


Rajan is not the first to have been subjected to such abuse and moral policing online, and unfortunately she won’t be the last. Remember when Dangal actor Fatima Sana Shaikh was trolled for posing in swimsuit in 2017? Or how online abuse allegedly forced young actor Zaira Wasim to quit movies altogether? 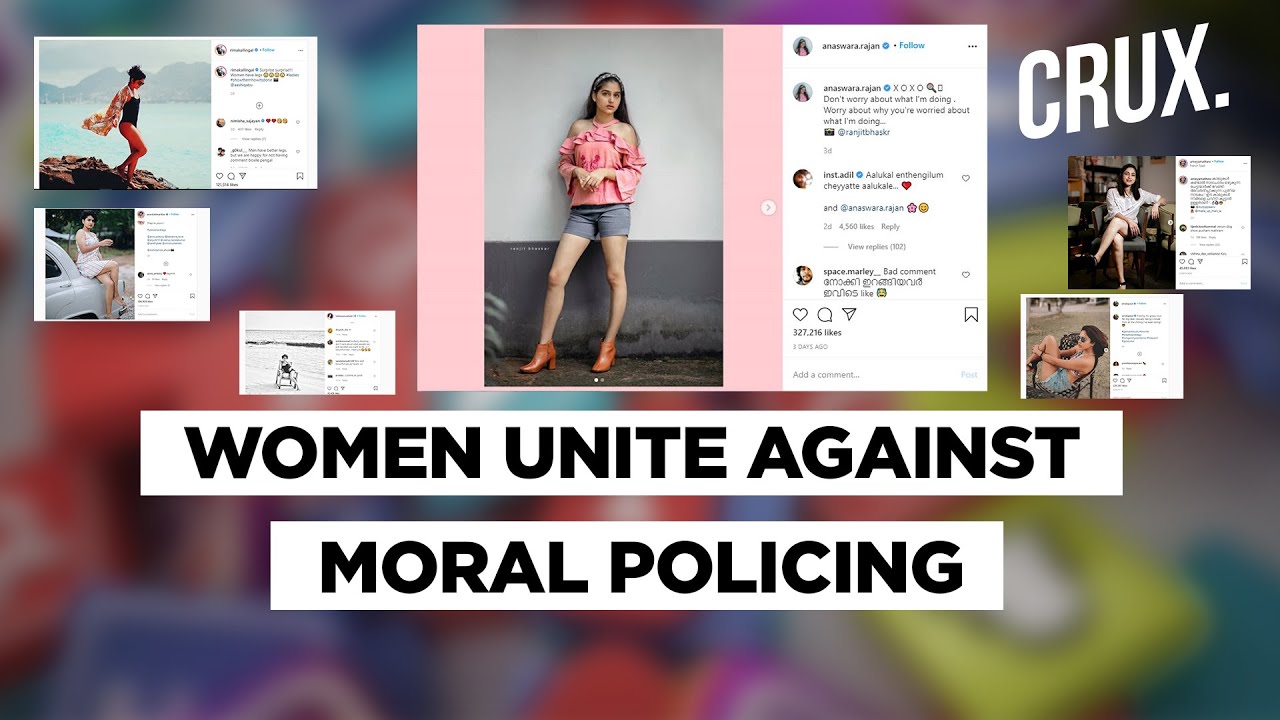 Women are constantly subjected to scrutiny and criticism online — for wearing clothes that are apparently too short or not age appropriate, for wearing makeup or not wearing makeup, for not adhering to conventional body standards — in short, for being comfortable in their own skin.

But Rajan seemed unfazed. She hit back at her trolls by posting another photo in shorts. She also asked them to worry about why they’re concerned about what she was wearing instead of worrying about her.

Soon after, hundreds of Malayali women, including celebs, began posting on social media in solidarity with Rajan. The posts all had the hashtag, #WomenHaveLegs. While it initially started with Keralites posting, the trend soon picked up around the country too.

Posting a really nice picture of me wearing a tiny dress , showing most of my legs to take attendance of the number of creeps who will line up in attention in my comment box to post third-rate comments 🙂 2 things. Firstly , what I wear isn’t your business. What anybody wears isn’t your business. Your business is just your business. Probably you don’t have enough of it , so you try and poke your nose into other people’s business. I will wear Shorts , Sari , Shirt or a Swim-suit .. it’s not your license to question my character. Neither is it my oppurtunity to prove my own character. So , WATCH YOUR THOUGHTS , NOT MY CLOTHES Secondly , as far as I know .. legs , stomach , hands etc .. they are all the same, be it in the body of a man or a woman. I can’t see any difference that is so important that it justifies the difference between the kind of comments that make it to the comment box of a man in little clothes and that of a girl. If a man shows his well toned body , it’s Inspiring , Mass and Frickin’ Hot. When a girl does the same , she looks like she’s ready for Sex? She’s Shameless? She’s an Attention Seeker? She’s trying to turn people on for work? Pick up this flamboyant display of patriarchy and discard it in the first dust-bin you can find around you. Me posting a picture in a super short dress has only 1 meaning – I like that picture and I felt like sharing it on my own social media profile. Any other meaning that you derive out of it is nothing but a reflection of the unfortunate situation of your life and the things you lack in it. Gross mindsets might not change way too much. But the license to publicly speak out one’s gross mindset can be shut down. Call out slut-shamers. Call out dirty patriarchy. And stop giving a damn about what a random person has to comment on your clothes. Do these 3 things and slowly but surely , creeps who want to say creepy things will be so scared to spit out the poison that they will learn to keep it within themselves. I’d like to sum up this slightly long post with a quote I read recently on Social Media – ” Oh my favourite season will be the Fall of Patriarchy ” Image shot by @rexphotography.in

Yes, women have legs. It is 2020, why does this still need a reminder?

An armed group shot civilians and decapitated others with machetes in Ambedi, a village in …