The Indian government on Wednesday banned 118 mostly-Chinese mobile applications, including the popular online multiplayer game PUBG, after a fresh round of border confrontation with China in eastern Ladakh.

In a statement, the Ministry of Electronics and Information and Technology said the apps were banned as “they are engaged in activities prejudicial to sovereignty and integrity of India, defence of India, security of state and public order”.


This is the third round of crackdown by the government on Chinese-linked applications following the Galwan Valley clashes in June in which 20 Indian soldiers were killed.

While there were hundreds mourning the fact that they won’t be able to play PUBG anymore, there were a few who flipped momentarily when they saw the name “Ludo” on the full list of apps banned.

READ: PUBG Ban Has Got Scared Indian Gamers Look Up if ‘Call of Duty’ is a Chinese App

Many were quick to jump to the conclusion that our favourite lockdown pass-time — Ludo King — had been banned.

During the months of the pandemic, when most of us had been confined to our homes, Ludo King, an app made in India, had been our only source of entertainment. The virtual ludo game kept millions hooked to their screens around the country and soon became one of the most popular apps in India.

Google Trends results show that Indians were desperately searching if Ludo King had been banned. Take a look: 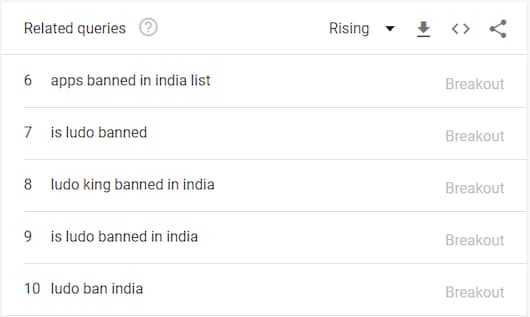 Here’s the truth. Ludo King has not been banned. The app has been developed by an Indian company named Gametion Technologies Pvt Ltd which is owned by a man named Vikash Jaiswal. The app is made in India, even boasts a stamp on its homepage. 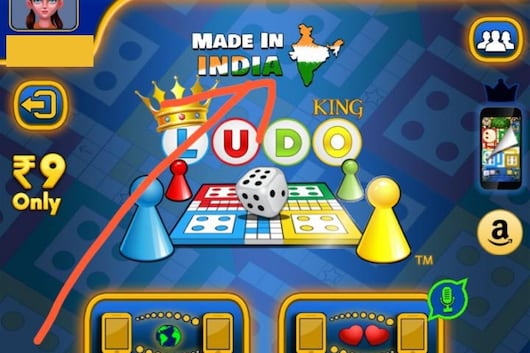 On the contrary, two existing Ludo apps, which have been developed by Chinese companies, have been banned — Ludo World and Ludo All Star.

Ludo World, according to its official website, is also a virtual ludo game developed by Tencent Games. Yes, the same company that has a 10% stake in PUBG Mobile.

Apart from the Ludo apps, 116 other apps have been banned by the Indian government. This also comes at a time when Atmanirbhar Bharat is in focus, as the government is pushing for local development of products, apps and services, instead of relying on imports.

From a Mars mission to splitting the atom to helping develop a Covid-19 vaccine, 2020 …