Is Call of Duty Chinese? I Image credit: Twitter

Ban on Chinese apps such as PUBG, Creative Destruction and Rules of Survival have given rise to questions about the origin of Call of Duty.

To the dismay of Indian gamers, the Indian government on Wednesday banned 118 Chinese mobile apps, including the popular game PUBG. And now, Indian gamers seem to be making frantic efforts to find out if ‘Call of Duty’ is Chinese.

The ban on PUBG came amid heightened tension with China in Ladakh. The latest confrontation happened on the intervening night of August 29 and 30 triggered by the Chinese military’s “provocative movements” on the southern bank of Pangong lake.


PUBG was not the only game that faced the axe amid heightened Indo-China tensions. Two other popular games including Creative Destruction, known as a Fortnite clone, and Rules of Survival, which gave the PUBG experience on Android before PUBG Mobile was launched, have also been banned in India now. 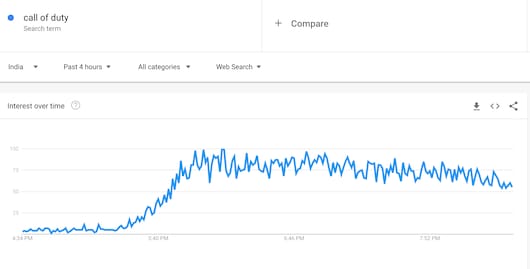 Worried gamers also searched the game country of origin to check if Call of Duty was Chinese. 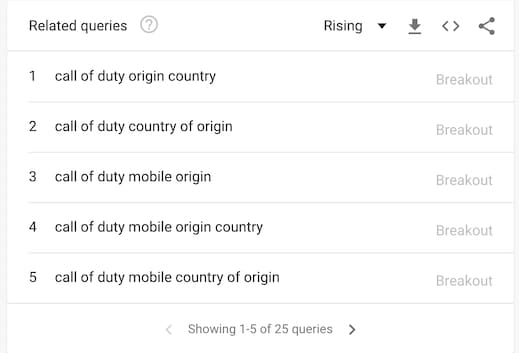 The interest in understandable. If the ban on PUBG Mobile is indeed a permanent one, Call of Duty Mobile is likely to become the de facto game of choice to replace the popular battle royale title in gaming tournaments. Call of Duty had the biggest opening of a mobile game ever along with legacy elements from the PC/console Call of Duty versions that make it one of the best mobile games of all time.

So is Call of Duty Chinese?

The simpler answer is No. The game is published by Activision and Garena that are based in the US and Singapore. However, it must be noted that the game is developed by TiMi studios, which is a subsidiary of the Chinese gaming company Tencent.

READ: Is PUBG a Chinese App? Indians Are Searching for Who Owns Battle Royale Game after Ban

Tencent Gaming is also the co-developer of the android mobile version of PUBG gaming app which was recently banned among the 118 Chinese apps.

Previous Is PUBG a Chinese App? Indians Are Searching for Who Owns Battle Royale Game after Ban
Next Isha and Akash, Reliance Chairman Mukesh Ambani’s Twins, Feature on Fortune ‘40 Under 40’ List

“This genocide is ongoing, and…we are witnessing the systematic attempt to destroy Uyghurs by the …