Is Banksy behind this prison-escape mural on the wall of a notorious British jail?

ndia and Russia both emerged as gold medal winners after the final of FIDE Online Chess Olympiad on Sunday with internet connection playing a spoilsport once again from India’s end | Image credit: Twitter

On Sunday, India and Russia were declared joint gold medalists in the reputed chess tournament after the Indian contestants suffered an internet failure.

In wake of India and Russia’s joint victory in the final of FIDE Online Chess Olympiad on Sunday, chess genius Vishwanathan Anand has been receiving a lot of love on social media.

Taking to Twitter, Anand wrote, “We are the champions!! Congrats Russia!”.


On Sunday, India and Russia were declared joint gold medalists in the reputed chess tournament after the Indian contestants suffered an internet failure.

India forfeited the game after losing internet connection and later filed an official appeal against the loss. The matter was investigation, following which it was decided to give gold medals to both teams.

We are the champions !! Congrats Russia!

While many congratulated the players, Anand’s tweet went viral with many congratulating and thanking the Chessmaster for popularising the indoor sport among Indian youth. 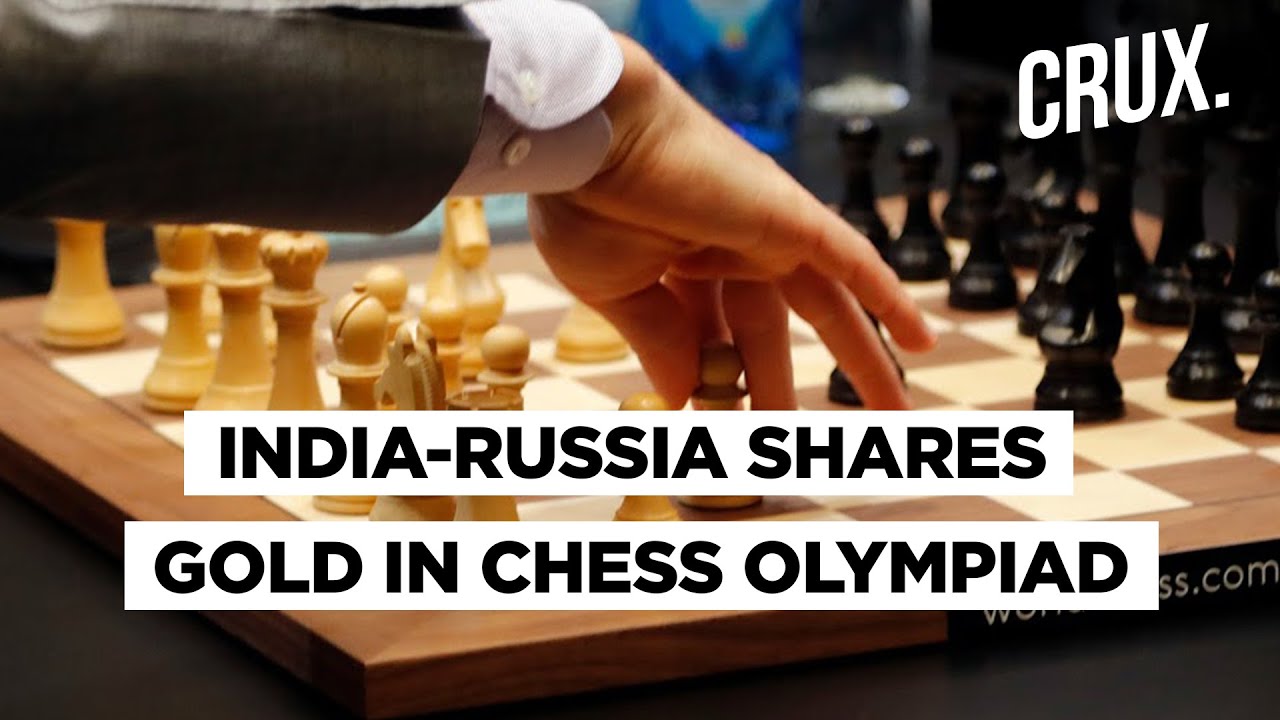 Anand…Take a bow🇮🇳👍🙏…..You inspired many generations to take up chess…We are seeing the fruition of this..Many more accolades await our dear country…But, a man called Vishy Anand got this winning habit into this great country India..Kudos & Jai Hind🙏🙏🇮🇳🇮🇳

Though it must be disappointing to be joint winners but fact is – we are the champions, even if joint ones with Russia 🇷🇺

Another first in India’s chess ♟ cap – we have never even reached the finals of Chess Olympiad before!

India’s top-ranked player world No.15 Vishwanathan Anand sat out of the first round as captain Vidit Gujrathi occupied the first board against the current world No.4 Ian Nepomniachtchi. Even though Vidit had a clear advantage in the middle game, Nepomniachtchi managed to force a draw.

Not all were impressed by Anand’s tweet, however. While congratulating both India and Russia, some wondered if it was also time for Indian authorities to start thinking about improving internet connectivity, especially in times of pandemic when more and more activities are going online.

“The Online Chess Olympiad has been impacted by a global internet outage, that severely affected several countries “

As sports moves online, will games be washed away by internet instead of rains ? @ChessOlympiad pic.twitter.com/8FIb8yr9ey

India should have had a better internet connectivity.

Nonetheless, congratulations to both – India 🇮🇳 and Russia 🇷🇺 !!! https://t.co/tgrvruEtjm

Many also debated if the decision to let both India and Russia win was fair to both teams.

As there was a partial global internet outage, they should have cancelled the 2nd match and re-schedule it. Making two winners is not fair towards Russia, making India lose would not be fair towards them.

Russia got robbed!! This is a travesty. They won & yet it was declared that India & Russian won the Olympiad?

Idc if India lost internet connection, that sounds like a them problem. We have witnessed a ransacking of the highest order. https://t.co/0jZ0zKmY3X

Previously, the world chess body FIDE had been in news after it did not take any action against the Armenian team that walked out of the Online Olympiad quarter-finals against India in a non-sportive manner as its appeal against the victory of Indian Nihal Sarin over Haik M Martirosyan was dismissed.

Previous Looking for a Daddy? This UK Man Will Take Care of Your Kids Like a Father for Rs 2,500 an Hour
Next Man Drowns in Uttarakhand River While Taking a Selfie During Lord Ganesha’s Immersion

Massacre in the mountains: How an Ethiopian festival turned into a killing spree

The corpses, some dressed in white church robes drenched in blood, were scattered in arid …