In a series of tweets, director Anubhav Sinha announced that he is resigning from Bollywood. He then went on to add “Not Bollywood” to his Twitter name as well.

Sinha, the name behind movies such as Thappad and Article 15, tweeted that he had had enough and was calling it quits from Bollywood.

He also shared a screenshot of the name change on Twitter, to show that he was serious about it.

“ENOUGH!!! I hereby resign from Bollywood. Whatever the f**k that means,” he wrote. 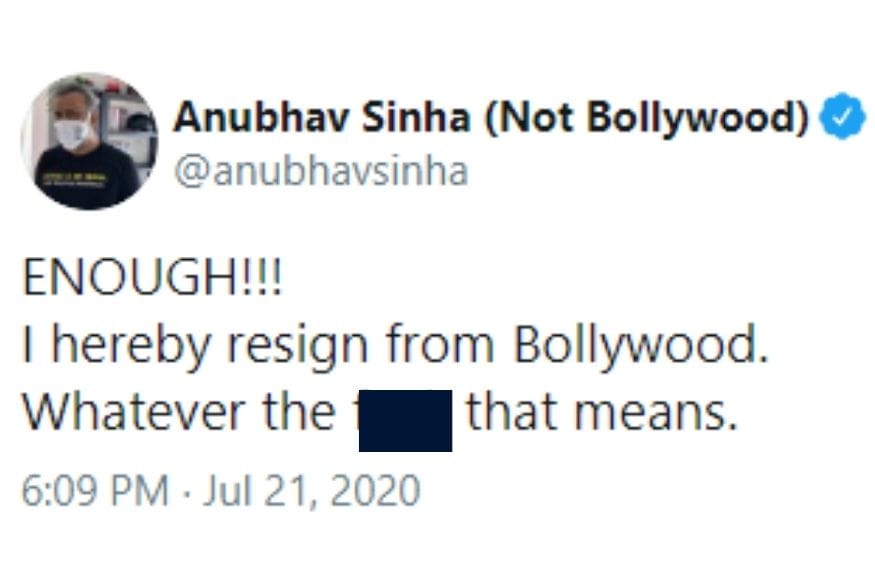 Several of his fans replied to his tweet, pleading him not to quit making movies.

Then who will make movies like Mulk, Article 15 & Thappad?

In another tweet which also seems to be about Sinha being a part of Bollywood, the director says that he does not know why he came, but just knows that he wanted to make movies.

I didn’t know why I came. I just wanted to make movies. I have just started figuring out why though. https://t.co/bTkNB9iYGw

छोड़ दिया… It never existed in the first place.

It is unsure as to what could have prompted the popular director to take such a step.